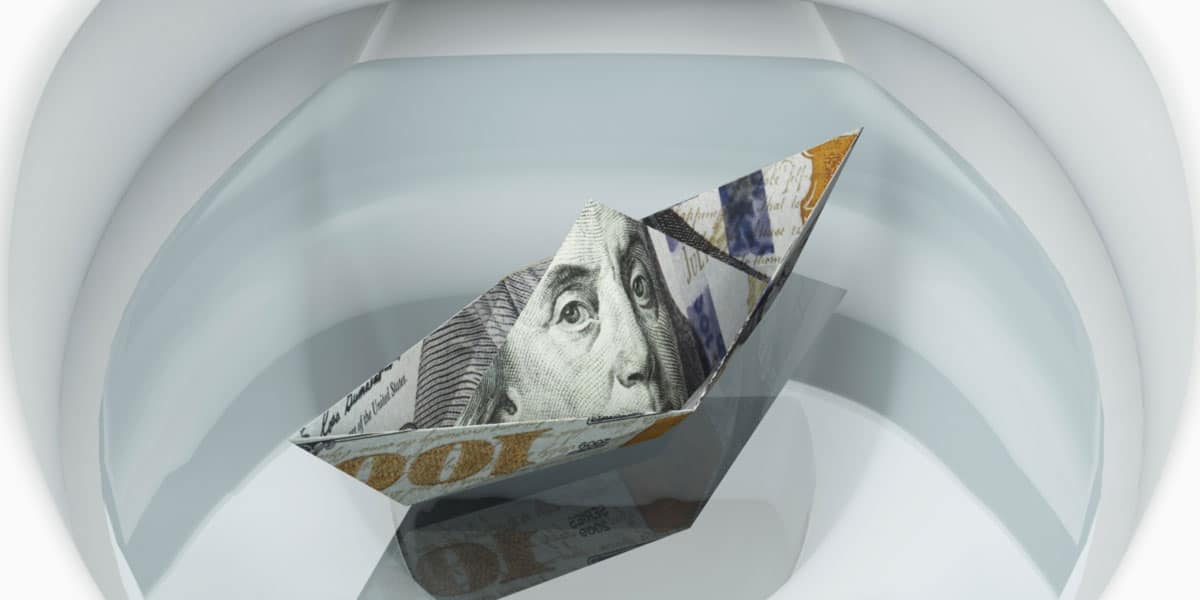 Burn $400 Fast, Advertising Like This… or Do This Instead

The local paper isn't dead. But you could milk more out of your budget thinking differently.

Quick Jump: The Scenario • Ads Costs by the Numbers • This Kills ANY Ad • Disclaimer • Comments

No one really said that.

I just would have respected them more if they said that instead of throwing their bad investment at their local paper. (disclaimer’s at the end)

It was a Tuesday, after hours.
The phone rang.

It was a friend of mine. 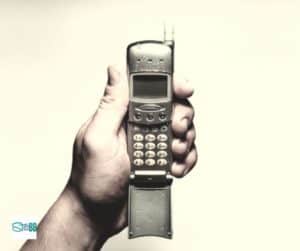 She was in the middle of a small committee meeting (and as much as I try to steer clear from political stuff in my articles, for this, it is sort of important—it’ll come up later. So this committee had a political interest. There. Let’s move along).

They were brainstorming up against a deadline: they wanted to target a very specific type of person to attend their event.

Problem is, this wasn't like a free lunch or a family movie type of event…

It was to get people to commit to serving in their organization.

Like, people who had no clue about the organization’s existence.

They were going to tank hundreds of their very small budget into running a one-shot ad in the local paper.

The ad was trying to “hard sell” with no offer (if fact, it looked to me like it was destined to turn more people away than get to show up).

This single $400 ad—a healthy chunk of their modest budget—in the community’s local paper was the only strategy to get “the right” people to attend their event.

They were treating all this as a silver bullet.

Here. Let me break this down why this was the worst investment for their cause… and what they should have done.

Here's why this was all bad—by the numbers.

First, this particular local paper’s distribution was around 4000.  That’s a generous guess.

Say the readership was split about 50/50 on their political leanings. Great. Now we cut the potential down to 2000.

We also don’t know the particular page that ad ended up getting printed. I know it wasn’t prime real estate, not for $400. I’ll continue to guess generously (could be around the classifieds, in the sports section, I dunno)—we’ll say about 1200 of the 2000 caught it.

But I got news…

That doesn’t mean jack about people taking any sort of action on anything in the ad.

Out of the 1200, let’s say the ad only happened to get the attention of 70% (to my fellow marketers… I know. I’m being very generous).

Now let’s say half of those read the subheader which is sort of like this:

The … party will hold [this special-sounding committee elections] to elect … officers for four-year terms. 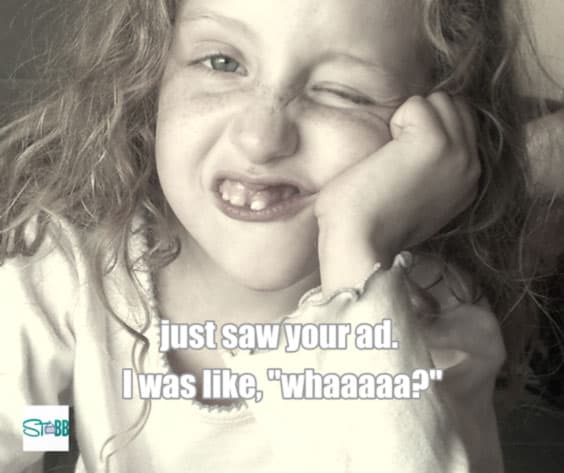 If this was an episode of some bad reality dating show, you can just hear that guy saying, “Nah, gurl. We just met baby! I ain’t about to go on, get married! What’s wrong witchu, gurl?”

That’s what the ad just did! It “proposed” on the first date.

It wasn’t even the first date! It was basically proposing through a classified ad—a huge, full-color one!

So we’ll make an educated guess that 90% of your 840 lost control of their bowels slightly and immediately checked out!

“Four years! I’m not ready for any kind of commitment like that. Whatever this meeting is, it’s can’t possibly be for me.”

That’s what the readers thought. I’ll bet on it! I’m speculating on their bowels.

This isn’t looking like such a good investment any longer.

And let’s say, the remaining 84 see the day and time in big, fat, red print (which conquered the real headline… same size font + red ink = stronger than the actual headline).

I guarantee a ton more readers dropped out just after glancing at the weekday appointment: “Can’t do that. I’m out. Onto the sports scores.”

We shall see how many show at the meeting, but I’m going to place my bets right here: I predict 1 will show.

So if that single ad brought 2 attendees? 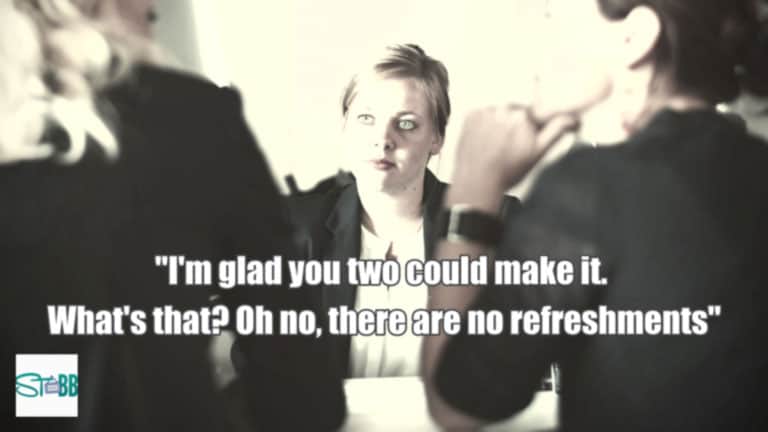 Good news is, the ad was so scary that those 2 would be really hot leads to follow through with the commitments the committee is looking to get out of them.

This committee would have had better results by pinging their pool of friends!  I guarantee they’d be able to land an easy 20 people with a little hustle — for $0!

And let me just make clear: $200 per “lead” is NOT a bad rate… so long as your “lead” has some likelihood of turning into profits greater than $201.

But not for recruiting volunteers.

So I’ll wrap there for now.  Sort of.

I’ll circle back around to this later to go deeper into what to do instead. For now, I’ll still leave a quick alternative run-down here:

Instead of mimicking the above scenario…

1st: Get clear! Who needs to read your ad? Who cares? Who do you want to care?

With those things dialed in, this group could have…

3. Put their relevant content in front of eyes much more often (instead of a one-glance-and-pitch newspaper ad).

4. Had, not one, but three posts running non-stop to trigger attention

5. Come in under that $400 budget yet had ads running for twice the time

7. Collected more data through learning who engaged with their posts.

8. Even more (that’s off the top of my head. Leave the gaps that I’m missing in the comments).

Disclaimer to my Print Industry Pals

TO ALL MY FRIENDS, ALLIES and PARTNERS IN TRADITIONAL ADVERTISING:

No, I am not anti-local paper.  I am anti-burning money.  You should be too.

If your clients’ ideal person is reading your publication, then by all means, serve them.

The goal here is to empower and educate the DIYers who continue to flock to the only thing(s) they know.  And in this case, it certainly was nowhere near the best use of their funds.

Got an ad out there? Are you wondering if you’re spending wisely (regardless of the medium)?

Leave it in the comments!

(the box where I give props)

Of course, there are people who helped inspire this article, but I’m keeping these to myself in order to protect the innocent.

Scroll back to top